When you look into Bhavnagar's  history, it unwraps  the birth of the city and its foundation along with its governance by the Gohil Dynasty. Bhavnagar was founded by Maharaja Bhavsinhji Gohil in 1723. The history of Bhavnagar also reveals the growth and development of this city under Gohil dynasty. Bhavnagar was also known as Gohilwad named after Gohil's ruling the state. Bhavnagar was an independent princely state until India's independence after which it was merged in India. 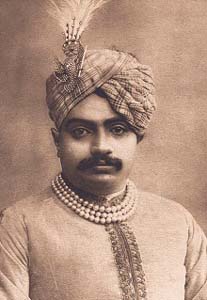 The Gohil Rajput belonging to the Suryavanshi family faced many clashes in Marwar. As a result, they shifted to the Gujarat coast around 1260 AD establishing three capitals; Sihor, Umrala and Sejakpur. In 1822–1823, Pilaji Gaekwad and Khanthaji Kadani led forces and attempted to attack Sihor however, Maharaja Bhavsinhji Gohil was successful in repelling their attack. Bhavsinhji then thought over the reason of Sihor being attacked frequently and analysed that enemies were interested because of its strategic location. Thus, he shifted his capital near Vadva village which is about 20 km away from Sihor in 1823, and it was named as Bhavnagar. This promising location was carefully chosen taking into consideration the maritime trade. Bhavnagar City then went on to become the capital of Bhavnagar State Bhavnagar Boroz.

The old town was then a guarded and secured town with gates. These gates helped in connecting with other regional towns. For about two centuries, it continued to operate as a major port. The trading used to take place between countries like Africa Mozambique, Persian Gulf, Singapore  and Zanzibar.

Bhavsinhji was the one who made sure that Bhavnagar was enhanced from the revenue of maritime trade. Trading was earlier monopolised by Cambay and Surat. Bhavsinhji entered into an agreement with Sidis who were controlling Surat, giving them 1.25% from the revenue earned by Bhavnagar port. Also, when Surat was overtaken by British, Bhavsinhji entered into a agreement on the same lines with them in 1856. The Maharajas of Bhavanagar and British had cordial relations. In fact, Bhavnagar Maharajas were conferred with honorary titles by them. Bhavsinhji was the one responsible for upliftment and growth of Bhavnagar which grew from a small town to a very important state. New territories were added to this state and the state prospered from the income provided by maritime trade.
Maritime trade was encouraged even by Bhavsinhji's succcesors through Bhavnagar port, realising its significance to the state.

Bhavsinhji's grandson, Vakhatsinhji Gohil further expanded the territory by taking possession of lands belonging to Kathis and Kolis. Rajula was conquered from the Navab Saheb Ahmad Khan and he then merged Taluka Ghogha into the state. Vakhatsinhji further overtook the forts of and Talaja and Chital in 1793 followed by Kundla, Mahuva, Trapaj, Botad and Umrala. Bhavnagar continued to trade as the state's main port, while Mahuva and Gogha ports also gained significance. So much was the prosperity in the state that, the Bhavnagar State Railway was constructed during the late 19th century without any help from the central government.

Bhavnagar was put under joint administration between 1870 and 1878, as Prince Takhtsinhji was a juvenile. Many notable reforms were brought in the area of administration during this period including reforms in revenue collection, economic policy, the post services and telegraph services, and judiciary. The Modernisation of ports was also carried out and this was all done under the supervision of  Sri Gaurishankar Udayshankar Oza  who was the Chief Minister of Bhavnagar State Bhavngar Boroz  and Mr E.H Percival from Bombay Civil Service.

Bhavnagar was ruled by Gohil's until it was merged with India after independence.The name of the rulers ruling Bhavnagar since its existence are as follows

The current Bhavnagar Royal Family consists of Maharani Samyukta Kumari and Maharaja Vijayraj Singh Gohil along with Princess Brijeshwari Kumari Gohil and Prince Yuvraj Jaiveerraj Singh Gohil. They reside in the Nilambagh Palace. The former royal family of Bhavnagar continues its contribution to the society by playing a active role in business as well. 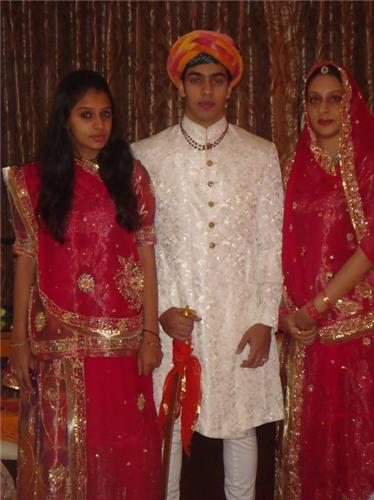 Other members of the royal family includes

Bhavnagar was an independent state until the independence of India in 1947. It was ruled by the Rajput Gohil family since its existence. In 1947, Sardar Vallabhbhai Patel, the Deputy Prime Minister of the Indian Union shouldered the complex and ambitious process of bringing 565 princely states to merge with the Union of India. In 1948, Krishnakumar Sinhji who was the last Maharaja of Bhavnagar gave over the administration of his state to the people's representative. Bhavnagar became the first state to join the Indian Union. Not only this, Bhavnagar also had many freedom fighter who fought for independence which includes Blavanatrai Maheta, Jadavajibhai Modi , Jagubhai Parikh, Nanabhai Bhatt, Akhileshvribahen Mehta, Ganjanan Purohit, Gunvantbhai Purohit, Atmaram Bhatt, Rajabali Lakhani, Pruthvisinh Azad, Tarabahen Modak and Gijubhai Badheka.

The history of Bhavnagar is filled with dignity, glory and prosperity which is still evident in the heritages left behind here. The solid hold of Gohil's over Bhavnagar is heroic and worth to know about.

Comments / Discussion Board - History of Bhavnagar