Bhavnagar is a port city located on the Saurshtra coastal region which is also known as Kathiawar. The Gulf of Cambay borders Bhavnagar providing it a picturesque view. It is the fifth largest city in Gujarat and is chiefly a business town. Alang, the biggest ship breaking yard in South Asia is located very close to Bhavnagar. Bhavnagar was a princely state which was ruled over by the Maharaja of Bhavnagar. This old capital city  of the princely state still adorns the royalty and age old charm which adds to the tourism of the city. Read about administration here. 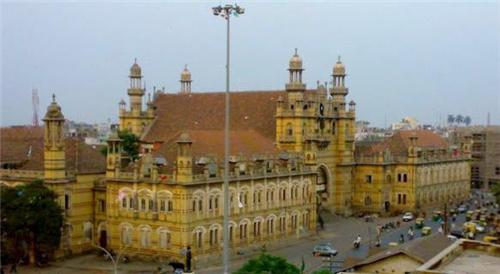 History of Bhavnagar goes back to the 12th-13th century. During that time, the Gohil Rajputs of the Surya Vanshi clan was facing severe rivalry and clashes in Marwar due to which they moved down to the Gogha port which is near Bhavnagar. The rulers of Sihor, Bhavsinhji Gohil founded this city in 1723 AD. There were persistent clashes from Marathas in Saurashtra, however this princely state was ruled by Gohil Rajput clan until Independence. In 1948, Late Sir Krishnakumarsinhji, the last princely ruler of this state entrusted the administration to the people's representative as suggested by Gandhiji. Read More Here.

Bhavnagar is located on the eastern coast of Saurashtra. It has a longitude of 21.77°N  and latitude of 72.15°E with an average elevation of 24 metres. Bhavnagar is spread across an area of 53.30 km². Kansara Nala, a small non-perennial river passes through the outskirts of the city. Shetrunji, Ranghola and Kaludhar are the other rivers flowing through Bhavnagar. Bhavnagar is surrounded by Ahmedabad and Surendranagar Districts on North, Amreli and Rajkot Districts on the west, Gulf of Cambay on East and  Arabian Sea on South. The  Coast line along Bhavnagar extends about 152 Kms. The strategic location of this city makes it a popular tourist sites in Gujarat.

Bhavnagar witnesses a hot semi-arid climate with dry and hot summers from March - mid-June. The monsoon season extends from mid-June to October receiving around 550 mm of rain on average. The city has mild winters from November to February. Due to its location being closer to the sea, the climate remains fairly humid throughout the year.

The splendid and large city of Bhavnagar has many things to offer a tourist as far as tourism is concerned. As it is a old city, you get to see many heritages which will delight you.You should not miss to see the following places in Bhavnagar.

Economy and Industrial Profile of Bhavnagar

Bhavnagar is a commercial city of Gujarat with large number of ship building and ship-breaking industries,  diamond cutting and polishing units, plastic industries and ,salt and marine chemicals.
In India, Bhavnagar is the second largest centre in the diamond cutting & polishing industry after Surat.  Bhavnagar's location which is bordered by Gulf of Cambay and the Arabian Sea makes it commercial even more significant city of Gujarat. Alang, the biggest ship breaking yard in the world is located close to Bhavnagar which has helped many supporting industries such as induction furnaces , re-rolling mills  and oxygen bottling plants to develop in Bhavnagar. This city is also the  largest producer of salt. 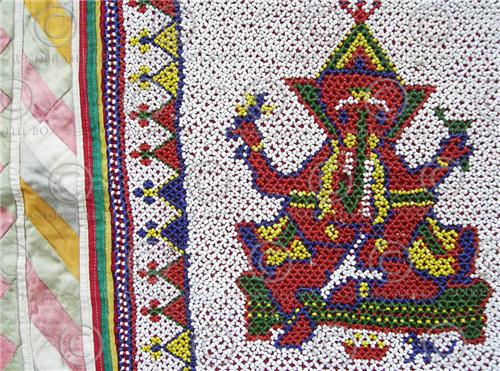 Bhavnagar is considered to be the cultural capital of Saurashtra. The People of Bhavnagar are very easy-going and warm. Their love for art is also depicted in the handicrafts and artefacts sold in the markets there. Bhavnagar is famous for its bead work, bird hangings, Metal works and Laquer work. People mostly speak Gujarati here, however now you will find the educated section being friendly with English users as well. There are many prominent artists like Narsinh Mehta who has brought dignity and pride to the culture of Bhavnagar and Gujarat. 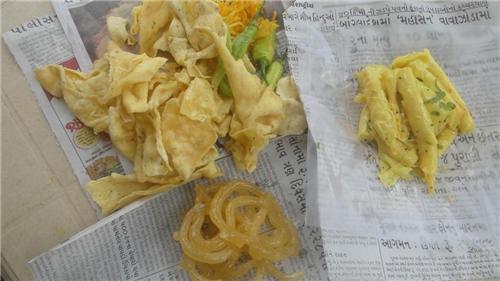 Food in Bhavnagar consists mainly of vegetarian culinary dishes. There are a many  restaurants in the city offering different cuisines that you can freak on.You cannot miss on having the traditional thali in Bhavnagar. Also, the mouth watering dishes like pani puri and other chaat awaits you at Ghogha circle where a many food stalls are lined up together to satiate your taste buds. Pav Gathiya is another popular dish in Bhavnagar which is served with chutneys. Your desert in Bhavnagar will be soda which are available in many flavours and matka ice creams. This city will definitely live upto the expectations as far as food is concerned.

Bhavnagar is splendid when it comes to art and its creative expression which can be seen in all the artifacts  of stone, wood and metal. Bhavnagar is famous for its traditional work on beads and textiles which you should buy from the city. Few of the places from where you can buy these items are Gandhi Smriti which is located on Crescent Circle and from Avsar which is located at the Madhav Hill complex. The Darbargarh area in Bhavnagar has the main shopping centre. Bhavnagar also has Saurashtra's largest mall, Himalaya mall, which has almost all the brands. Read More Here.

Bhavnagar is connected to all major cities of Gujarat such as Bharuch, Ahmedabad, Surat and Vadodara by road. There are bus services available which is operated by the state-owned transport corporation as well as private operators such as VTCOS. Bhavnagar has its own railway station and  Domestic airport as well. The trains connect Bhavnagar with major cities like Mumbai, Ahemdabad, Surat and many more. There are also flights to Mumbai operating on a daily basis by Jet Airways. You can travel within the city with the help of Private taxis, auto rickshaw and bicycles.

This city of Gujarat offers everything some stunning heritage places to spiritual temple, from yummy gujrati thalis to chaat. You'll fall in love with this city and you must visit Bhavnagar if you are traveling in Gujarat. Read More Here.

Comments / Discussion Board - About Bhavnagar